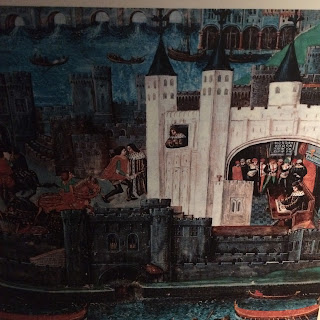 This chapter is one of the most interesting as it contains examples that support and undermine preemptive war. The record indicates that Paanchi was seized as he was “about to flatter” the people (Helaman 1:7-8). It’s not indicated how imminent his rebellion was. John Welch suggested he may have been in the open market place about to call for rebellion.[1] But he could have been meeting with key players among “the people” to ensure that his play for the judgeship was successful. The imprecise immediacy of his rebellion shows us the difficulty of judging the difference between preemptive and preventive wars assessing their relative merits.

The Nephites and those sympathetic to their cause would have viewed Paanchi’s rebellion as very imminent. The key leaders such as Moroni and Pahoran had recently died and the Nephites had unsettled or uncertain political and military leadership. A short time after Nephite leaders executed Paanchi the Lamanites invaded. At a state of dangerous unpreparedness (Helaman 1:18) the Lamanites marched quickly to capture the capital. The general was a dissenter from Nephite lands, ordered by the son of the dissenting Ammoron, brother of the arch dissenter, Amalickiah. Their attack showed that even a short time after the great victory of Moroni and during a time of peace the Nephite realm could face a speedy invasion that killed their chief judge and capture its capital. Not only did he die but he was unceremoniously “[smitten] against the wall (Helaman 1:21).”

Even with an army’s damage limited to what they could personally smash or kill, and a nation’s limitations in supplying its troops, the Lamanites could quickly desolate many cities before the Nephites “could raise a sufficient army” (Alma 16:2-3). In Helaman 1:19, the Lamanites marched “with such great speed” and captured the capital city, and eventually enacted genocide with these primitive means. This means that modern surprise attacks could be even more deadly and require active and preemptive measures as a defense. And just like ancient times, the terror attacks of September 11, 2001 demonstrate that the United States’ “narrow strip of wilderness” is surprisingly thin. But unlike ancient times, strategic surprise in the modern age may not simply represent the destruction of a small ancient city, but could take the form of a nuclear attack in a highly populated metropolis. The power of nuclear weapons increases the ability of an opponent to “end the war at a stroke.”[2]

Attacking the Nephite’s desire for preemptive war ignores the strategic realities that the ancient Nephite and Lamanite nations faced as a result of geography and technology. It is even more foolish in the modern world. According to many neo isolationists and peace advocates that incorrectly apply scriptures like D&C 89, the United States must receive an attack three times before they could justifiably response. Yet the threat of a surprise attack from Pearl Harbor was traumatic enough, just one from a nuclear weapon would mean that millions would be killed, or we would have to accept three 9/11 attacks of perhaps even greater magnitude before we could righteously respond.[3]

Yet the justifications still have caveats. Kishkumen, his robbers, and those that were not sympathetic to Nephite rule, would have argued that Nephites actions were unjust. Welch did establish a legal precedent for executing conspirators against the crown. Yet he also pointed out how the feelings of “alienation and hostility” would have lingered among the political opponents of the Nephites.[4] I’ve discussed the social bandit ideology before, and it is a powerful and common motivation for all insurgencies against the government.[5] A critical reading of the text reveals plenty of possible reasons for simmering discontent. Helaman’s servant stabbed an assassin after nighttime spying (Helaman 2:6), and Nephi exposed another killer in Helaman 9:6. Lawyers and leaders within the Nephite nation were known to beat confessions out of criminals (Alma 14:17-22), and both Lamanites and Nephties attempted to poison each other with wine (Alma 55:13). The Nephites even tested the wine on their prisoners first (Alma 55: 31-32)! Gaining and keeping power in Nephite society required significant cunning and craftiness from even righteous leaders. It’s no surprise then that the trial and execution was the catalyst for Kiskumen and his band to begin their campaign of assassination and rebellion.

Helaman 1 shows the danger of preemptively attacking somebody, as that action further inspired opponents of the government. But in the same chapter Nephite passivity in defending their lands was rewarded with a devastating invasion. The threat was always hanging over them, and preemptive war to remove or lesson that threat was a legitimate and even righteous action, albeit one with potentially explosive consequences. It’s also important to note that this was an internal matter just like the preemptive war against Amalickiah. But the imminence of his rebellion, and the desire to preemptively nip it in the bud and avoid costly consequences, represent the major attraction behind the strike. The threat of surprise terrorist or nuclear attacks in the modern world only increases the allure and justification for preemptive war.

Thanks for reading. Providing high quality, ad free research for over a decade takes time and effort. If you found value in this work please consider donating using the paypal button below, or you can buy one of my books using the Amazon link in the top left. Thanks!!