Preemptive War and the Book of Mormon: Part VII Conclusion 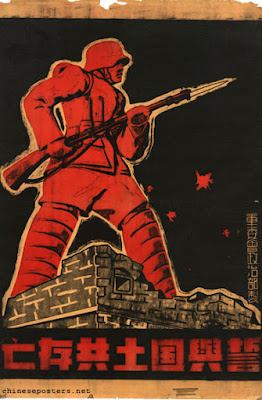 The use of preemptive war was fairly common in various cultures throughout history and the Nephites are no exception. Writers mentioned or alluded to the practice in many of the major periods of Nephite history, on the small plates of Nephi, the included record of Zeniff, the speech of Ammon and the Sons of Mosiah, the summary of Captain Moroni’s tactics, the period immediately after that in Helaman 1, the fight against the Gadianton Robbers, and the final fight for survival. There are other strategies mentioned. Zeniff for example presented an alternative to invading and destroying the Lamanites (that he later called overzealous.) The Sons of Mosiah employed missionary service, and Moroni mostly focused on defensive actions, or offensive maneuvers within a generally defensive posture. The Nephites at the end of the nation also assumed a mostly defensive posture as they held various choke points and fortifications for years. The Nephites faced an extended period of peace after the ministry of Christ. Though anthropologists point out that the severe destruction, smaller populations, and more basic political units made an egalitarian society much easier to maintain and almost completely erased the competition for resources and land (i.e., the underlying causes of war).[1] Mormon himself said that the only true method to peace was to lay down their arms and repent (Mormon 7:4). But Pahoran also said that the people would subject themselves to bondage if they had to, but the Lord doesn’t command that (Alma 61:12). Those other strategies have been discussed fairly often, and combined with the several verses that seem to forbid offensive war, and has been the generally accepted position on warfare in the Book of Mormon.

Yet given the number of instances and justifications behind them, Nephite leaders considered preemptive warfare a valid option. Nephite leaders preemptively attacked their opponents or discussed it without editorial comment. In some cases, such as the actions by Moroni, the actors were specifically praised for their righteousness. In other examples, such as those by Zeniff’s group and the seizure of Paanchi, it was such a non-issue that the preemptive nature of the attacks remained in the background. The futile attacks of Limhi, and the desperate last minute counter strokes of Alma the Elder show that attacks at the time and location of the Nephites choosing could have been far more effective than desperate defenses in reaction to seemingly inevitable attacks, or later counter attacks from an inferior position. The refusal of the Lamanites to take up arms against the Nephites in Alma 47 suggest that preemptive war had a deterring effect and could reduce conflict. The controversy over the preemption in Helaman chapter one underscores the debate over the perceived imminence of attacks.

Regarding Mormon and Gidgiddoni’s supposedly explicit verses condemning the practice, their condemnations were just as likely strategic directions and attacks on blood thirsty, arrogant behavior, more than prophetic denial of preemptive war. And the comparison between Ammon’s peaceful mission and the war mongers fall flat. The martial prowess of Ammon, military culture of the Lamanites, political instability they caused, innocent Nephite captives and soldiers that died because of that instability, and later Lamanite fear of mobilizing for war suggest that the Nephite leaders had legitimate reasons to believe a preemptive attack could save lives.

Even if the Nephites commonly held justified reasons to use preemptive war, that doesn’t always mean the attacks were successful. Zeniff’s attack was launched, but a good number of people had second thoughts about the attack which led to civil war. Moroni’s preemptive behavior likely enhanced Amalickiah’s arguments about Nephite perfidy in front of the Lamanite king and strengthened his position there. The Nephite’s preemptive execution of Paanchi was the catalyst for the Gadianton Robber threat, and likely fueled their social bandit ideology that proved so potent. The Nephites utterly failed to root out the Gadianton Robbers, though they did have some success with the offensive defensive strategies once they lured the robbers out of their mountain strongholds. The Nephites at the end of the nation had some military success and if we take an honest look at Mormon’s praise of the soldiers, not just his spiritual condemnation, and we look at the strategic context in which these attacks were launched, we see enough in the text to merit their offensive attacks. In other words, wicked people tend to use the same tactics as righteous people, they just liked it more.

Ultimately the efficacy of preemptive war was mixed and fraught with unintended consequences. Although inaction and a purely defensive posture has consequences as well; the innocent captives of Noah after Ammon’s rebuff of preemptive war, and the bondage of the people of Limhi after Zeniff deferred against a preemptive attack suggest that not attacking could have been just as dangerous. At the end of the day, the proactive nature and potential benefits of the policy likely tipped the scales in favor of the policy.

The Book of Mormon exhibits the historical features that make preemptive war desirable even if it’s dangerous and opened them up to condemnation. The chief historical reason for a preemptive attack is the attacker’s belief that preemption now is better than facing worse consequences later. The Japanese war machine in World War II only had a few months of oil left because of American embargoes. They felt that a surprise attack on America would stun them long enough for Japan to seize their prosperity sphere, especially the oil fields in Java. A preemptive attack immediately for them was better than waiting. The Germans in World War I faced enemies on every side, but they believed they could quickly defeat France and then be ready for Russia by the time their slower, Eastern foe had fully mobilized. They needed a quick strike through a neutral country to do so.[2] Epaminondas and the 3rd century Thebans faced yearly invasions from Sparta. He thought they should launch a surprise attack to permanently remove the devastating attacks on their homeland, weaken Sparta, and alter the balance of power.[3]

The Nephites were always talked as though they were vastly outnumbered by the Lamanites (Mosiah 25:2-3; Alma 51:11; Mormon 2:3). A surprise attack could throw their enemy off balance, capture territory that would make the Nephite realm stronger, prevent an imbalance of power arising from defecting dissenters, preemptively stop a gathering attack, root out endemic banditry before the government fell, or simply fight at a place of their time and choosing instead of unpropitious battle being forced upon them. The Book of Mormon shows us that preemptive war was a justly held strategy, commonly employed, with as much effectiveness as other strategies but with potential pitfalls. In a world where a surprise nuclear attack is likely and the numbers of dead in a preemptive strike by terrorists could number millions, the attractiveness of preemptive war is even more enticing. But there is a strong stigma associated with it based on a narrow interpretation of a couple of verses, and an almost demonic dislike for it bred from a dogmatic devotion to political planks more than a substantive and thorough interpretation of the scriptures. Given the lives at stake it’s important the Latter Day Saints have all the tools for judging a preemptive strike and have an understanding that these strikes are just another tactic used by both ancient and modern powers, the Book of Mormon does not condemn it, but actually justifies it.

Thanks for reading. I work as a free lance writer and providing high quality, ad free research over the last decade takes time and effort. If you found value in the work please consider donating using the pay pal button below or buy one of the my books linked in the top left.