Jeremy Runnells is a Total Poser 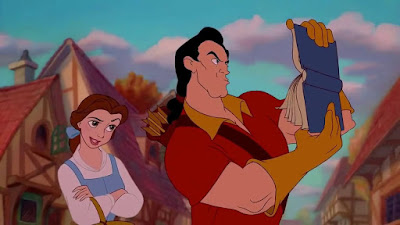 I commented over on Hanna Seariac's facebook page about what she labels as men unfairly flexing their power against a less powerful female.

So I think Runnells schtick is hilarious and read his response for kicks and giggles. [It is long, but hit control f and type Hanna.]

What's ironic to me is that Runnells ignores the implication in your post that you should do better research and then claims that your post is a thought stop technique. Then two paragraphs later he calls the CES a "head jack" and links to a picture of some robot with a hole for downloading information. The article says its the port that connects you to the matrix. That screams cultish programming to me so apparently Runnells has as little grasp of irony as he does scholarship.

But then in his own post he says it's "simply a letter," "not a thesis for a Phd," not a "textbook" or "dry scientific paper," and not "rigorous" which sure sounds like he agrees with you.

Yet in the same breath he claims his CES letter leads into his line by line debunking, which he implies, is the pinnacle of in depth research because it is thousands of pages of rebuttals. I've looked at the rebuttals that intersect with my research and he is laughable. For example, here he simply invokes "science" while being factual incorrect, ignorant of history, and not having a good grasp of the research and analysis that makes strong conclusions.

The truth is that Runnells is a total poser. He takes the mantle of scholarship and all the associating benefits and prestige when it suits him, and runs away from the burden of creating and defending scholarship when used to critique him.

This explains why he can take offense at your criticism of the letter not being serious research at the same time that he says it's not a rigorous piece of scholarship, and right before he invokes his debunking articles as the final word of serious scholarship. He's the best scholar in the world, except when he has to defend his "research," and then he isn't.

I work as a free lance author. If you found value in this work please consider donating by using the pay pal button below. Or consider buying one of my books linked in the top left.
Posted by Morgan Deane at 8:56 PM No comments: