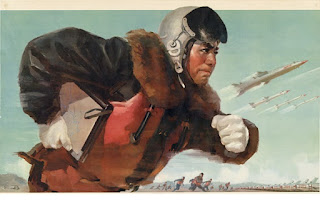 I'm considering starting some kind of newsletter. What follows would be a list of major events, mainly concerning foreign policy, accompanied by brief commentary. This is still in the formative, development stage so please let me know if you would like to receive something like this in your mailbox every week, what you would like to see, and if you would consider paying one dollar for a subscription.

One of the arguments about tariffs is that China has the advantage. They are a dictatorship that doesn’t respond to an electorate like Trump and American congressmen must. But there is growing evidence that Chinese people are suffering. Since they don’t have to answer the electorate, they often disregard safeguards that correct damaging policies.

For example, they have increased government spending so that the Chinese housing bubble is much larger than the one that popped in America, and the consequences will be dire. In regards to tariffs, the Chinese have instituted rationing and price controls that harm small businesses. Pork suppliers say that they lose as much as 28 dollars per pig sold, which will end up hurting these businesses in the long run. Government policy and strong authoritarian policies can cover up the damage their polices are doing, and they seem like a difficult nut to crack in the tariff battle. But those policies are masking serious discontent.

I once mentioned as a joke on social media that my favorite character in the Hunger Games was Haymitch. He was a previous winner of the Hunger Games for district 12. As a result, he was often drunk and forced to be in close contact with the district 12 tributes like Katniss Everdeen, the teenage hero of the series.

My joke was that if I had to listen to a whiny, screeching 15-year-old girl who was so self-important she thought she could save the world, I would probably drink my self into a stupor as well. So……we’re gonna need more booze.

When You Need the Hawk

John Bolton disagreed with much of Trump’s approach to foreign policy. Given Iran has bombed or facilitated a bombing it seems like Bolton’s tough guy deterrence strategy should have been heeded. Given that we are in a state of near constant crisis with Iran, it seems that somebody who knows how to use the threat of war as leverage might be useful in the White House.

American missile defenses have been criticized during the recent attack. But blaming a single system like the Patriot Missiles ignores the need for robust, inter layered defenses and a trained force that can properly use those weapon systems. In fact, the Chairmen of the Joint Chiefs of Staff came out later to say that multi layered defenses were necessary.

CNN posted a new article that the US has set a new historic low limit for refugees. The subtext made it seem like the US can only be loving and compassionate if they accept the amount of refugees that you deem necessary and of course that Trump is horrible and anti-immigrant. But that doesn't consider the example America sets in helping nations become free and prosperous, nor the many aid programs America has and it’s a facile, down river complaint that doesn’t address the root causes of refugees.

Thanks for reading. Providing ad free research over the last ten years takes time and effort. If you found value in this work please consider donating using the paypal button below, or you can buy one of my books using the link in the top left.
Posted by Morgan Deane at 1:47 PM No comments: 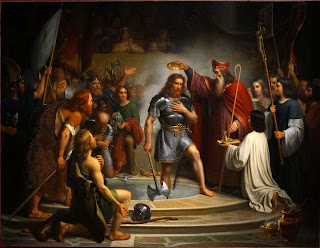 Thanks for reading. Providing high quality, ad free research and insights over the last decade is a tough and time consuming activity. If you found value in this work please consider donating using the paypal button below, or buy some of research using the research link in the top left.
Posted by Morgan Deane at 5:24 PM No comments: