I don't think the anger comes out of a desire to see the church disappears. In my case is more the aghast and shocking reaction to the mental gymnastics that that nuanced members have to do to justify the historical problems particularly. In my mind and in the minds of many exmos there is no "perfectly rational and intellectual defense of all historical problems ". I see it as people clinging desperately to Mormonism and for many of us is not something worth clinging to. To many of us the evidence against the church is much more black and white and damning.  I feel like I'm speaking to a truther or a anti vaxers when I hear some of the justifications for belief by the nuanced crowd. (In the comments here) https://www.facebook.com/randall.bowen.315/posts/530303953981179

I see the term “mental gymnastics” a great deal. Gymnasts are well trained athletes that must put thousands of hours into their craft just for entry level competition, and Olympic athletes dedicate vast sums of time and effort to training.  I’m often bemused by the term, as though being a mental couch potato is better. When the critics use that term they aren’t comparing apologists to dedicated athletes, nor are they praising mental laziness, so obviously something else is going on. Based on my research into the use of words as insults, I think critics use the term as shorthand for deceptive and straining arguments while trying to turn the academic debate upside down. 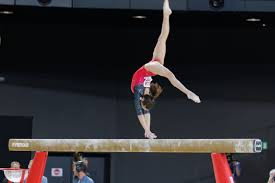 The important connotation with words like mental gymnasts is the contortions that the gymnast must perform. The critics imply that church members must go through all sorts of crazy contortions in order to support the truth. The critic in contrast, can point to their simple narrative as the correct position that doesn’t need explanation. With an increasing discussion of good and bad apologetics, the release of the excellent Greg Kofford volume in the subject, and continuing debate over its methods, the term seems like a particularly egregious, gutter style tactic.

Those who have dealt with critics have probably heard this narrative. The critics enjoy telling stories of vast million people Jewish American tribes that rode Tapirs into battle and came over on submarines while not leaving a trace of evidence. Joseph smith made it up as he went along, and so on. (As you can tell, I tend to focus on the Book of Mormon so I hear way more of those lousy narratives than the Joseph Smith/ church history ones.)

What the critics are doing is somewhat sophisticated. I say somewhat because I doubt that it is deliberate in most cases. As we might see in statements like "Bush lied and people died," its quite common in political arguments to shape the conversation (or figurative battlefield more often), using loaded terms.  (The phrase is loaded, because it assumes that Bush deliberately lied and simply wasn't mistaken.)

I first noticed this trend in the Book of Mormon. In my first book, Bleached Bones and Wicked Serpents, I wrote how “robber” was one of these terms. Throughout history the term was used by various historians to describe what called objectively be called the private armies of individuals. But in situation where the government power was deteriorating the distinction between legitimate agents of the government collecting taxes and ruffians robbing the people became blurry. Hence the term robber could be used against agents of the government, rebels could be called terrorists, terrorists could call themselves freedom fighters, and so on.

The term genocide, terrorist, war monger, and even liberal and conservative on occasion are used more often for their pejorative and emotional value than clinical accuracy. These terms shift the debate and put the other party on defense, and even clouds the debate with the FOG of war. (Fear obligation guilt.) Politicians that oppose war feel obligated to reaffirm their patriotism. Those that want to use western land have to wade through guilt inducing narratives from Native Americans and so on. And in the game of politics, the simpler argument usually wins.

In the case of the Book of Mormon or other apologetic endeavors, the rhetorical maneuvers actually make an intense study of a topic into something negative. Apologetics seems to be the only field where random memes and face value impressions seem to count more than diligent and thoughtful research.  If you disagree with my assessment, try to make an argument about chariots or horses in the Book of Mormon, or a nuanced historical assessment of Smith's marriages to a critic and let the ridicule flow. They preemptively dismiss the idea that translations might be loose, loan words used, history is complicated with incomplete sources, and that the etymology of words allows for alternative interpretations of chariot. (In my study of Chinese, the two character word for palanquin chair uses the primitive for chariot.)   Using this technique a mocking comment about submarines counts more than sophisticated insights gleaned ancient seafaring practices.  A meme of an Indian being pulled by on a sled by chariots, and other mocking items counts more than a thoughtful study of translations and cross cultural contact.

I'm particularly annoyed by the mocking based on numbers. One of the first tasks undertaken by professional historians such as Hans Delbruck included a reassessment of numbers. Unscientific methods of counting, unreliable reports, mistakes in translation, and deliberate exaggeration to prove a moral point are all perfectly acceptable ways to understand and amend our understanding of battle numbers. Doubting large numbers is also a favorite historical past time, from the Battle of Fei River to the size of Hangzhou, the histories of China have often been disputed as fantasy.  (I especially like to point out Marco Polo's description of unicorns. Its plain to modern readers that he simply got it wrong and they are rhinos, but seeing critics explain away the obvious application regarding the naming of animals is too fun. That is some gymnastics worth watching.)

In short then, a discussion of wrong numbers is not only appropriate, its almost one of the first tools developed by modern historians. (I have a chapter in my next book about numbers, and you can previews here and here.) The contrast between the diligent study put into the text, and the seeming ease with which critics dismiss it with a way of their hand makes me feel a good deal like Dr. Evil,  and that I didn't go to six years of school just to be called Mr., thank you very much.

The face value reading of something matters. Strong impressions are vital, and it's possible to connect those impressions to Moroni's promise. But face also has the same Latin route as the word superficial. Assuming that a chariot has to mean whatever was seen in Ben Hur is not a proper way to read and understand a text.  I'm often bemused at how cavalier members and critics can be with something that is supposed to be a sacred text. Without getting into a long discussion of the various deficiencies of the church's scripture study program, and the critics have their own issues as well, if a member believes that something is scripture they should be willing to dive deeply into the text's possible literary styles, allusions, patterns, historical antecedents, possible cultural comparisons, moral messages, and doctrinal exposition. In short, while critics use the term mockingly, I think we should be mental gymnasts instead of couch potatoes when it comes to our scriptures.  The current use and acceptance of “mental gymnastics” is a way to delegitimize substantive Mormon arguments, solidify their own (often shallow or deliberately obtuse) interpretations of the text, and they do so often unwittingly using a cliché term.
[Thanks for reading. If you found value in this post please consider donating using one of the pay pal buttons below.]
Posted by Morgan Deane at 3:13 PM