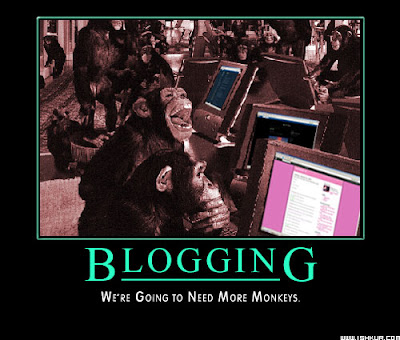 I was enjoying my dead week, the weird time between Christmas and New Years, and I found a link to a post from ten years ago!!! Since it has been ten years (!) I thought I should make those thoughts more permanent and broadly available than some comments buried a decade ago. Moreover, they have some good insights that reinforce my good instincts about the heart of just warfare.

This was supposedly a grand breakthrough in Bloggernacle relations by having the Millennial Star blogger post at By Common Consent. Turns out it was a one off that didn’t change anything. In fact, just a few months ago the M* has been delisted, a decision likely made by those at BCC. My opinion is that’s a good call. The M* might have been the rare conservative blog, but they took a hard right turn into crazy town. I’m friends with several of the former perma bloggers there and they plainly admit, Geoff is just crazy. He regularly edited their posts before suddenly locking them out. This post was a mirage that seems even more strange looking back at it ten years ago.

Specifically, this post is where I started to really dislike Geoff because of his antics. He mentioned directly to me in this thread that he already knows about various authors and discounts them. The problem was, I only posted those authors because his posts in this thread clearly indicated that he didn’t know them. Like many libertarians, he’s pretty good at parroting libertarian philosophers, and proof texting those ideas with Mormon scripture, but he is not very good at knowing or doing anything else like considering alternative interpretations.

To compensate for that thin veneer of knowledge he and so many libertarians must rely on tactics. One of Geoff’s favorite tactics is to say he is widely read. You can read a few others here.  But his arguments don’t display that supposed knowledge, which tells me this is simply a sophistic and sophomoric tactic. I regularly encounter things like this that I wrote an article about punks and posers.

One of the most annoying tactics is that I spend more time quoting and explicating scriptures in support of my argument then the people who attack me for being wrong!! I first noticed this trend when reviewing a prominent and nutty isolationist. Geoff does it here too when he starts with a grand assertation that provides no specifics: “after I read the Book of Mormon it was clear [its] message was one of peace, non-aggression and avoiding offensive wars.”

Really? I know I’m in the minority about offense wars, but the scriptures are so clear I wrote a seven-part series on it and I can’t unsee the points they contain. When Geoff doesn’t provide any scriptures, clearly provides ideas that show he doesn’t understand key concepts, and then claims he knows the subject well he is praised. I provide detailed scriptures, a good explanation of them, and then I’m called a “sophist.”

(There are several hundred comments in that link, but you can find it by hitting control F. If you’d like to see why I think libertarians are awful you will get a kick out of those comments. Though, it was such a cesspool filled with insults and lame posturing I found it unworthy of my time back then. Reading it now, it’s tough to pick the most ridiculous part. Me continuing to say best wishes even as those people were truly awful. Irven Hill, now “unknown,” admitting he was a total dick even as he called me a prick and the others claiming there was no ad hominem. Me telling them I wouldn’t participate, and them insulting me for another month, wondering if I was going to participate. All their disquiet after I told them their insults were beneath me and unworthy of my time, only for them to turn their antics up to 11. If I were a psychologist, I could write a paper on all their dysfunction, but you might just want to skip it.)

But enough of visiting the asylum and on to the important material. Most of this post from ten years ago impressed me with my appreciation of basic tenets of just warfare on an intuitive level. In contrast to Geoff who claims he read material and then indicated he didn’t know them well or at all. I hadn’t read much about them (and never claimed to) but apparently knew their arguments instinctively.  So, I must give a shout out to my logical mind, natural ability, and good gut.

After researching for a new book on just war I found that I had the right ideas a decade ago. Here is my comment about love based on research into Just War:

Yet once this pattern [of the focus on having the right heart] is recognized it permeates the Book of Mormon including many scriptures that weren’t considered pertinent to warfare. Just a few examples include Nephi’s culminating sermon which referenced those who have an unearned sense of ease in Zion (2 Nephi 28:24), and he commanded people to press forward with a perfect brightness of hope (2 Nephi 31:20). Both refer to a blessed heart and state of mind from which our actions flow.

In Mosiah the people of Limhi were in bondage due to iniquity not strategy (Mosiah 23:12) In the multiple descriptions of Captain Moroni, not delighting in bloodshed was more important than strategy (Alma 48:14, Alma 55:19, Mormon 7:4). The idealistic church set up around the Waters of Mormon stressed that their “hearts were knit together in unity” (Moaih 18:21) The war chapters repeatedly set up a dichotomy between the Nephites and Lamanites that center on war goals extending from attitudes. We might compare that attitude with the how the Lamanites are recorded as “rejoicing over the blood of the Nephites” (Alma 48:25). This could also be another ethno centric account of “barbarous cruelty” of the other side (Alma 48:24).

In Alma 43:7-8 the Lamanite are inspired by hatred and anger vs. Alma 43:9 where the Nephites fight to preserve their rights even unto bloodshed (v.14). The Nephites fight to prevent extermination (v. 11-13) of the Anti-Nephi Lehis. In the chapter the contrasts continue with the Nephite desire to defend verses the Lamanite desire to destroy and put people in bondage, again repeated in the next chapter (Alma 43:26, 29-30; 44: 2,) The text plainly states the Nephites fought for a better cause in Alma 43:45. Despite the multitude of verses cited above, this is still just the beginning of ways that the heart of the people turned out to be the most important factor in the health and protection of the realm (not to mention their souls.) Most importantly, when Christ performed his personal ministry the people lived in peace because the love of God dwelled in their hearts (4th Nephi 15).

Here is the quote ten years ago. I start by rebutting an argument that the war was over by 1943 and then use that destruction to pivot to matters of the heart:

The German army seemed spent in 1944-45 because of the significant cost spent by the allies in their strategic bombing campaign and by the Russian army winning the battles of Kursk and Stalingrad. The United States didn’t fight in Europe until 1943 and against North Western Europe until 1944 but still had 300,000 casualties. And Russia lost an estimated 8 million soldiers fighting Germany (up to 23 million deaths if you include civilians), a significant number of that was lost capturing Germany territory and Berlin in 1944 and 45. After the allies supposedly had the war in hand during the winter of 1944 the Germans still waged the Battle of the Bulge causing 100,000 American causalities. These casualties could have been avoided if Britain, France, and America were a bit more “warlike” in opposing Hitler in 1936-38. But according to some here this kind of carnage (not to mention material and monetary cost) was the better moral choice because the U.S. waited until after Pearl Harbor to fight.

Geoff correctly stated that war is full of bad choices. But nobody seemed to mention how allowing others to be raped, enslaved, or murdered by our inaction is also a lousy choice. Some here wag their finger at the “love” the U.S. doesn’t show through military action, but I contend that standing by as Serbians wage a massive campaign of rape against Bosnian women or hundreds of thousands of Africans are slaughtered by a rival tribe is a less loving choice than military action to stop it.

Here is my discussion of the importance of being sorry about taking up arms:

And my original idea ten years ago:

Hey Ron. By what basis do you define “renounce” they way you do in #57? I define it as Mormon does in Alma 48: 23-24 where the Nephites were “sorry” to take up arms but also couldn’t allow their wives and children to be “massacred by the barbarous cruelty” of those around them.

Too many people, including Mormon bloggers, have fierce debates about important topics, and many unimportant ones for that matter, and yet to borrow from Plato’s Allegory of the Cave, they only know the shadows or forms that are made on the cave wall and haven’t studied the topics in detail. This is especially true in matters of just warfare.

In short, it is important to engage popular mediums and common thought that Latter Day Saints have. So we must look at blog and social media posts and engage the ideas therein. Libertarian and pacifist ideas are popular but haven’t been seriously challenged. (My publication of the new book, Proclaim Peace, is forthcoming.)  In fact, many ideas regarding war, peace and Mormon thought are in their early stages. Plus, it’s nice to look back and see my intuitive grasp of the topic from over ten years ago. And I offered some remarks on the landscape of the bloggernacle. It is unimportant overall but it being ten years brought some additional perspective. I hope you enjoyed the post.

Thanks for reading. I work as a freelance writer, if you found value in this work please consider donating using the paypal button below or by purchasing one of my books.
Posted by Morgan Deane at 4:27 PM