When flames first arise, they are easily extinguished: Ideas Behind Stopping the Corona Virus 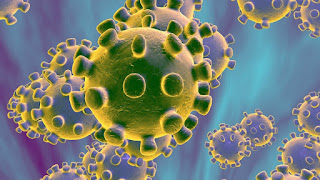 My latest project discussed classical Chinese military theory beyond Sunzi. And it has a great deal of impact surrounding the reaction to the Corona virus. At the time of this writing most major sports have suspended their seasons, colleges are going exclusively online, my job teaching chess after school is cancelled until further notice, and both the federal and state governments have declared states of emergency.  But for many people this seems like an overreaction. After all, here in Nevada there have only been a dozen confirmed cases and the deaths in the country still number a small fraction of those that come from the flu.  This leads some to say that government officials are over reacting.  This is where Chinese theory comes in.

The two relevant ideas come from the third century BC scholar Shizi in a post from 2019. Little is known about him though he seems to be China’s first syncretist and his writings have recently been reconstructed from quotes in other texts. He states that it’s easier to solve a problem before they become big, and there is little thanks in doing so:

Even a tree so big that it shields the sky was, at its beginning, only as thick as the base of a tree sprout: easy to get rid of. But once it has fully manifested itself, a hundred people using hatchets and axes are unable to fell it!

When flames first arise, they are easily extinguished. But once it has gotten to the point where the Yunmeng and the Mengzhu swamplands are aflame, then even with the help of the whole world ladling out the waters of the Jiang and Han rivers, one will still be unable to save the situation!

[The] beginnings of misfortunes are like flames and tree sprouts: easy to stop. But then they are neglected and become great matters, then even worthies like Kong Zi [Confucius] and Mozi will be unable to save the situation!

When a house burns and someone saves it, then we know their virtue. But the elderly who daub chimney cracks to guard against fire, thereby living their whole lives without the misfortune of stray flames causing a fire: their virtue remains unknown!

When they enter a jail or prison to relieve one who has suffered difficulty [by bailing him out], then his relatives are held to be acting virtuously toward him. But those who would teach him with goodness, propriety, parental love, and sibling concern so that his whole life will be without such difficulty: no one considers this to be virtue!

Misfortunes also have chimneys and if worthies were to travel the world to aid in daubing them, then the world would have no military suffering, yet none would know their virtue. There it is sad: ‘Safely people rectify things when they are yet spirituous [or forming]; stupid people contend with things after they have become obvious.’[1]

It might seem like an overreaction to the virus, but a person could also say that the problem is being addressed while it is yet small.  If the leaders are successful, they will continue to face criticism for over reacting, but it would be those overreactions that keep the problem small. Nobody knows what the future holds but because of Shizi and so much more I would rather ere on the side of action and prevention.